King Harvest Green Emu Oil is a medical moisturizer. It is great for pain, inflammation, tattoo and piercing aftercare, stretch marks and scars, arthritis, massage, and direct application to affected areas where increased transdermal transfer is beneficial. Using Emu oil as a transdermal carrier ensures that CBD and THC compounds are delivered deep into the tissue and bloodstream so you can experience maximum benefit. Green Emu Synergy is equal parts CBD and relaxing Indica THC.

King Harvest Green Emu Oil is an exceptional medicinal cannabinoid skin moisturizer that utilizes the phenomenal healing properties of emu oil. It is especially effective at treating inflammatory pain, arthritis, acne, scars, stretch marks, tattoos, and other topical issues. It can be massaged into any area of the body where the transdermal application is beneficial. By using emu oil as a carrier, King Harvest Green Emu Oil is able to maximize the benefits of the cannabinoids CBD and THC and cannabis terpenes into the bloodstream for optimized results.

*Green Emu Roll-On is made to be applied quickly and easily, making it perfect for usage while you’re on the go. 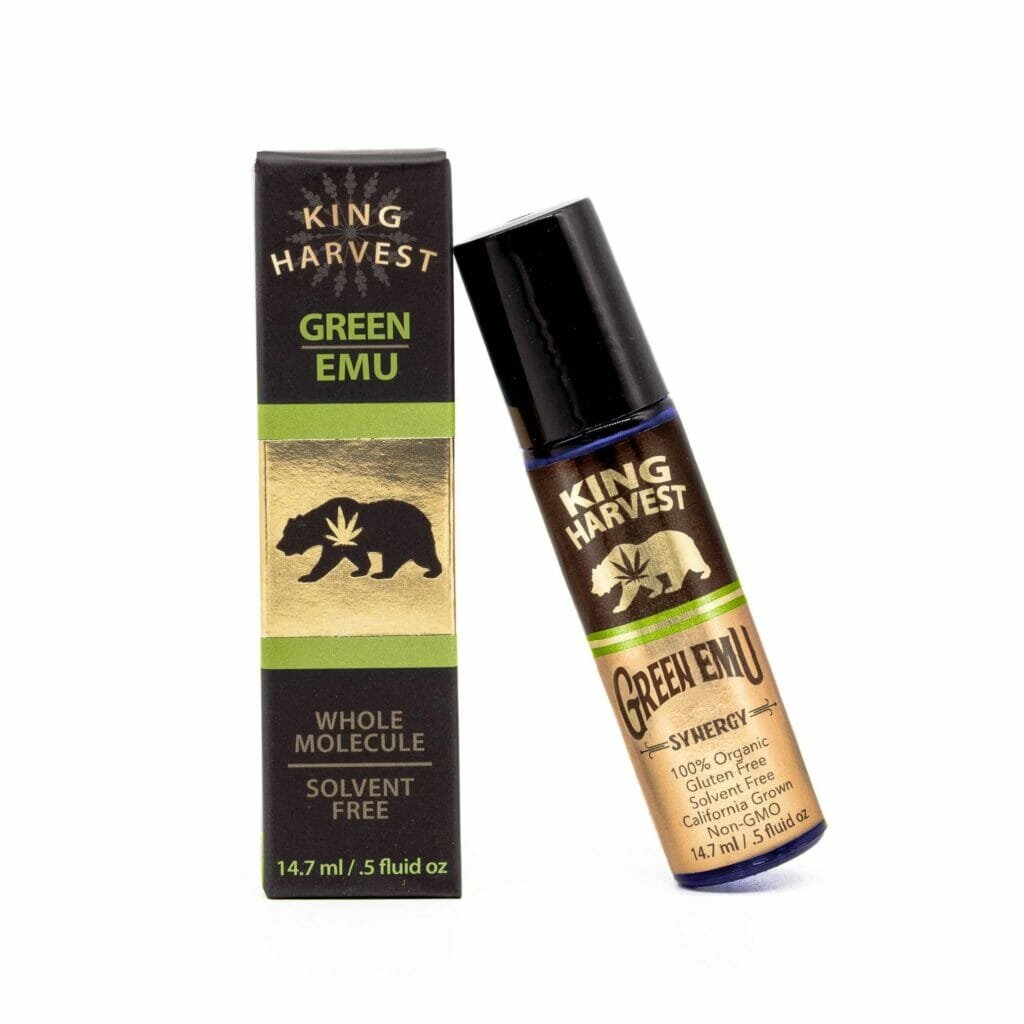 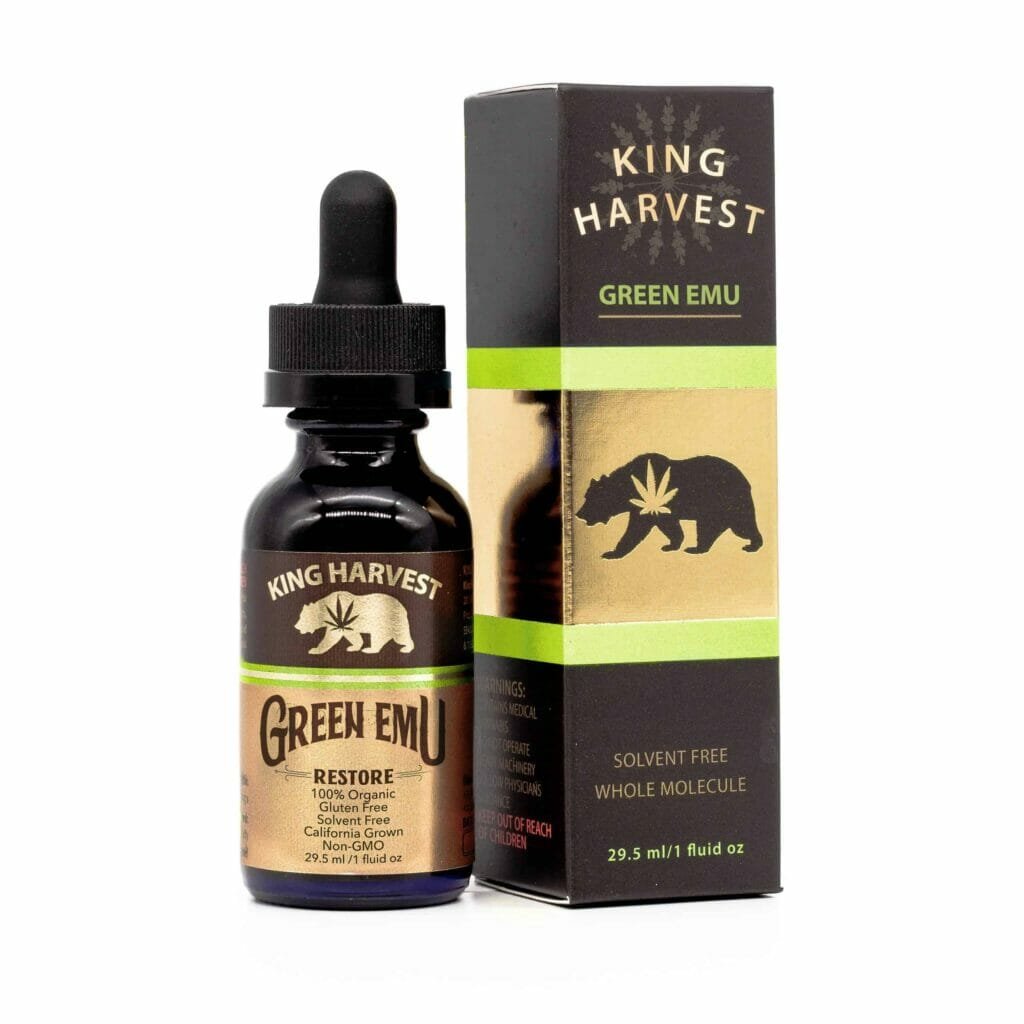 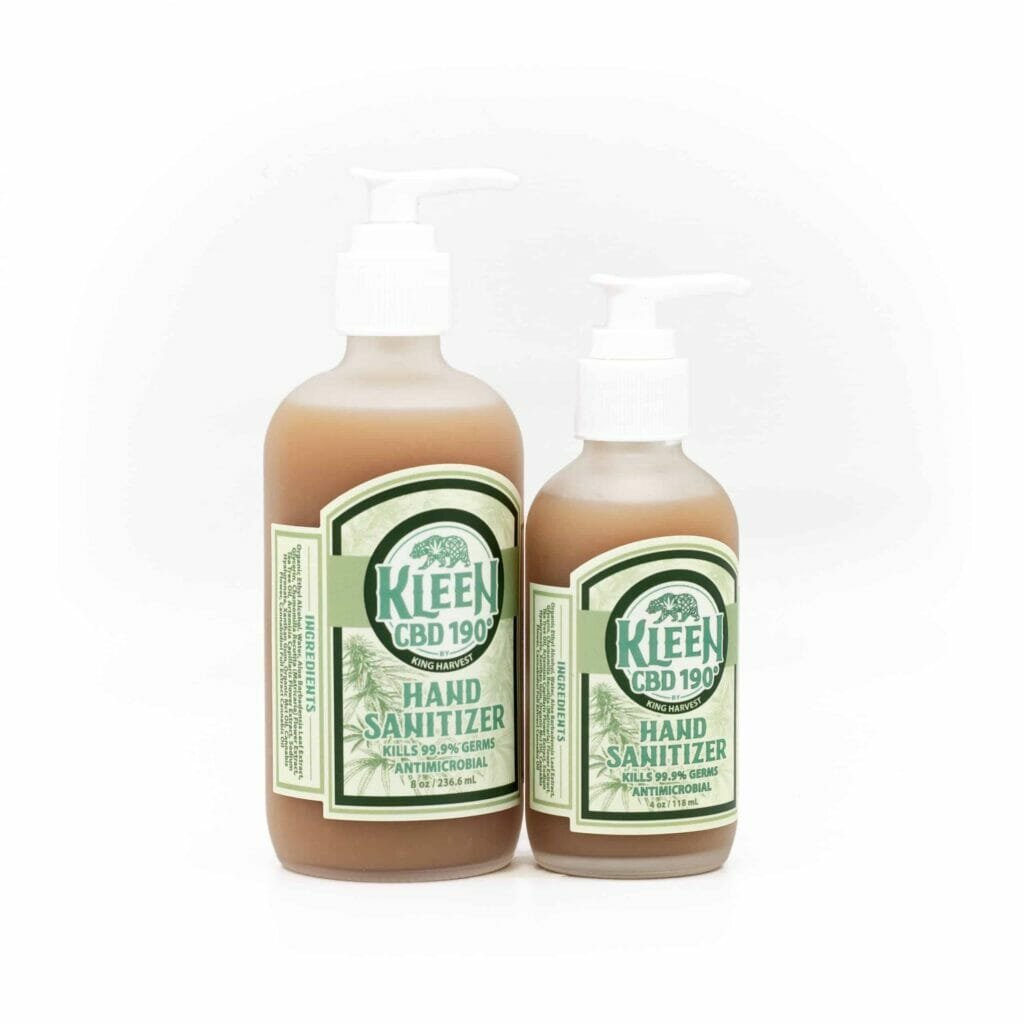